Home / What is Hypnosis? / Neuroscience & your brain

Throughout history,  humans have developed a “flight or fight” response to perceived danger.  Over time their perception of danger may have changed depending upon whether the person introduced new behaviour eg ran away faster or hid in a nearby cave,  in response to the experience or didn’t.   Some humans may have survived because they learned to adjust to their çhanging environment by building shelters, using fire to cook, make tools & weapons and developing other life saving strategies.   Whilst others who did not learn to assess, modify or change their behaviour probably did not become our ancestors.

In today’s world our perceived threats are very different from our ancestors however the networks & regions of neurological memory are still active in our limbic system within our brain.       The limbic system is the part of the brain involved in our behavioural and emotional responses, especially the behaviours we need for survival –  feeding, reproduction and the flight or flight response ie the functions of emotions, memories and arousal.

Amygdala – plays a central role in our emotional responses, feelings like pleasure, fear, anxiety & anger.  Assisting  in the development  of    memories, particularly those related to emotional events & emergencies.

Hippocampus  – which is responsible for converting short term memories into long term memories.  It is a key area for learning new things.

It is this involuntary system that operates our body, brain & being without our “conscious” awareness.

The unconscious survival response increases our heart rate, blood pressure, increases the flow of blood to the extremities, releases hormones to give our body a rush of energy and other functions so that our body is  better prepared to  “fight or flight”.

Deep in our left and right hemispheres there is the caudate nucleus, in addition to it’s role in motor processes, it also plays an important part in our cognitive functions such as goal directed action, memory, learning, sleep, emotion & language, as well as the storing and processing of our memories.

The caudate nucleus provides feedback using information from past experiences to shape future decisions and actions.   Neuroimaging studies have suggested that it may play a role in goal-directed behaviour in general and specifically with choosing actions that are likely to lead to a positive outcome.

Recent Neuroscientific research indicates that your genes are not your destiny and your brain has the ability to change and repair itself.

Thinking, acting and learning can turn your genes off or on, which will in turn shape the brain anatomy and behavior.    You are able to grow new neurons in the part of your brain which lays down your memories, (ie the hippocampus area ) and your brain is also able to reassign & re-organise other parts of the brain to take over functions of damaged parts. 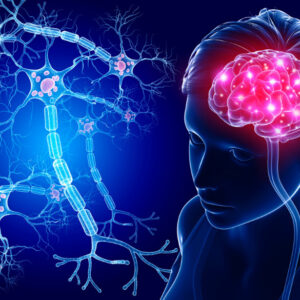 Your brain is not hard wired it’s soft wired, which means that it is possible to rewire your brain  through repetitive thought and activity

This Neuroplasticity within your brain gives it the ability to change it’s synaptic wiring.

Your brain will rewire itself the more that you practice a new skill and as your brain gradually changes, the new skill will become easier and easier.

Our mind records experiences as synaptic wiring in our brain, which in turn becomes our memories or learnings from the past.  Neurons are like athletes in training.

Every time that you learn something new your brain processes the information through your senses, making new circuits which encode in the neurons the memory of what is has learned.

Three ways that your brain changes to support learning:

You  have the opportunity to learn from experience, so that you can change your actions to more desirable outcomes by applying new learnings and therefore creating different experiences.  This means that to actually  feel better, you may need to do what you don’t feel like doing, so that eventually you feel like doing it.   ie practice & rehearse new behaviour until your brain rewires itself.

“The definition of insanity is doing the same thing over and over again and expecting different results.”

By developing a new way of thinking and feeling,  you will develop a different mindset which in turn will bring changes and new results into your life.  Your brain will have rewired itself.     However,  this means that it is necessary to get out of your comfort zone to establish new habits, at times accepting that perfect imperfect action is much better than no action.

The Nike tagline  “Just Do it!”  continues to be a successful advertising campaign because it gives real life examples of  professional and amateur athletes talking about their accomplishments & emotions they feel when they exercise.     Those three words,   “Just Do It” has inspired many people to take action, repeat the same action,  repeat the same action, again and again and start to rewire their beautiful minds.

“Your thoughts are incredibly powerful.   Choose yours wisely.” 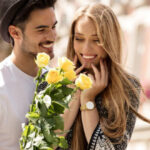 Why Hypnosis can cure social anxiety. 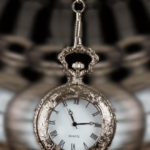 Reassuring Reasons Why Hypnosis Is Your Friend 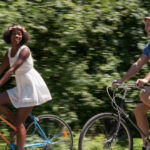